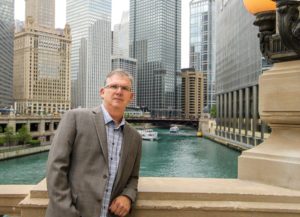 He has never had a real job – and believes you don’t need one either.

In the small dusty podunk farming community of Animas, New Mexico (two hundred plus people), his high school friends needed entertainment. So, at age fifteen, Bart created his own mobile DJ company. He started with a four-year-old Sanyo all-in-one stereo system – complete with eight track player – and began organizing weekend dances. He rented the community center, hired an off duty sheriff’s deputy, his mom and dad took money at the door and Bart spun records.

He continued to add to his system until it sported a light tree, Peavey SP1 subwoofers, SP3 mids and tweeters tri-amped with five thousand watts of power. You are probably laughing at this, but it was a rockin’ system in its day.

And it was a rockin’ dance business, which he grew (adding consistently to his professional sound and lighting system) into a viable enterprise which ultimately helped him through college. He then sold the business and moved forward to his next business adventure. 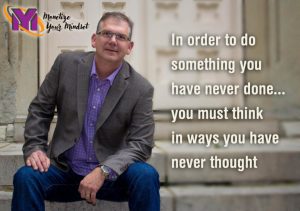 He graduated from college with a degree in accounting, a subject that he did not like, and was no good at, in order to do something he would love (being an FBI agent) but did not get to do because he was automatically disqualified because of vision issues which would not disqualify him today – except now he’s too dang old to join the service.

Though discouraged and depressed, Bart moved forward. Life had given him lemons, but his father had blessed him with a monetized mindset so he made lemonade. He soon realized he was pretty good at “making lemonade,” so he built a lemonade stand and started selling lemonade to others. He was pretty good at that too, so he became a “go to” guy for those who want to succeed when life hands them lemons.

His dad was a self-made millionaire – the “millionaire-next-door.” No one would have guessed that this pig farmer (yes, Bart was raised on a pig farm) – had a monetized mindset – which made him wealthy. Their farm was about as far from anywhere as you could get. His dad said, it’s “where the road ends and the West begins.”The downside of living in a small farming community like this is that everyone knows your business. The upside is that everyone knows your business and wants to help you succeed. Everyone helps everyone out when anyone needs it – and they don’t have to be asked. If your neighbors’ cows get out, you stop what you are doing and put them back in and fix the fence.

Bart’s dad drummed into him the importance of neighbors caring for neighbors. Helping others succeed, therefore, came naturally to his son. By the way, “others” don’t have to be people. Bart and his wife are passionate about rescuing man’s best friend – saving dogs in shelters so they are not put down. He has a Rottweiler named Diesel and a Blue Heeler/Dalmatian mix named Pebbles. He saved them both from shelters (Rottweiler is a breed often killed in shelters because they are seen as dangerous – which they aren’t – not necessarily). Today, he promotes animal rescuing. 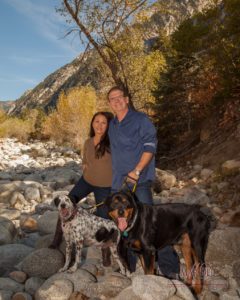 At nineteen, Bart left home to fulfill a two-year religious commitment in the cold northern island of Hokkaido, Japan. The people were as amazing and warm as the winters there were amazingly cold!

After returning home, he decided he liked the cold – or at least didn’t hate it – and did like having four seasons instead of one (dusty), so he moved from Animas to Utah State University in Northern Utah, graduating in the aforementioned accounting program with minors in Japanese and Spanish.

Today, he is an international entrepreneur, author, speaker, network marketing and training professional. He recognizes the importance of strong family ties. His “family” includes friends and neighbors both local and international. He loves helping friends help friends by building home-based businesses that create multiple streams of residual income and believes that ordinary people can do extraordinary things just by doing ordinary things extraordinarily well.